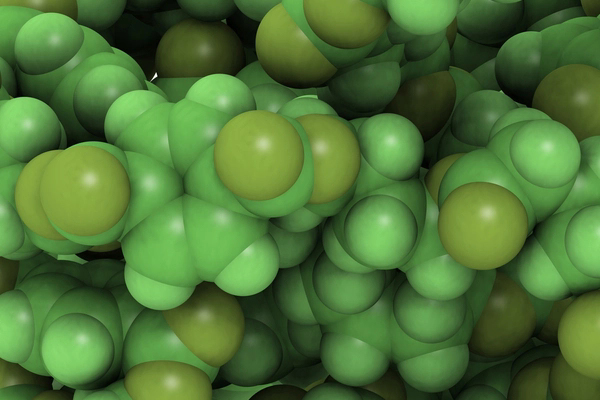 Hemp plastic is increasingly becoming a viable option as an eco-friendly alternative to carbon-based plastic. Not only is this bioplastic sourced from safe and sustainable hemp plants, but it is also typically both biodegradable and recyclable

The problem with the world’s plastic obsession is that it’s never-ending. In 2017, the global plastic consumption reached new peaks, with an estimated eight million metric tons of plastic ending up in the oceans on an annual basis, including some 102.1 billion plastic bags from America alone. Despite the push to reduce, reuse, and recycle, the global thirst for all things plastic is unquenchable.

The need to develop biodegradable, compostable alternatives to petroleum-based plastics is pressing. With today’s consumption rates, it’s simply not feasible to keep pumping out conventional plastics, each with a lifespan of 500 years or more.

Although many companies around the world are well into hemp-based plastic production, the United States is only now getting into the game. It was only since the passing of Farm Bill (Section 7606), in 2014 that allowed for real innovative leaps in hemp production to take place in the United States.

Now, companies can legally grow, harvest, and process hemp for research purposes. There are already an estimated 19 states participating in this program, all pursuing new potential applications for hemp. When it comes to plastic specifically, companies like American Hemp, c2renew and others are already striving towards better, more sustainable hemp-based products.

Hemp Plastic is Nothing New

Hemp plastics are a return to the innovations of the old days — after all, hemp has been around for thousands of years as a building material. Even America consumed roughly 3,000 tons of hemp a year before the prohibition era, which started in the early 20th century.

Durable rope, cloth, industrial building materials and more were all made from hemp. The word canvas stems from the word cannabis because hemp was the most common material used for canvas sails in the past. Up until the 1930s, hemp was already in use in products such as a cellophane film, and a sort of compostable styrofoam.

Henry Ford famously designed and built a car almost entirely made out of hemp plastic in the 1940s. There is even a rumor he wished to fuel it from ethanol eventually. Ford’s finished vehicle only relied on metal for the frame. It was therefore over 1,000 pounds lighter than a comparable model and the hemp plastic paneling was far more resistant to damage.

The reason why hemp lends itself so well to plastic production comes down to something called cellulose. All plastics, no matter where it’s derived from, require cellulose to structure the uniquely moldable, yet durable, characteristics.

Petroleum has long been the go-to ingredient to source this cellulose, but now companies are branching out in the quest for more sustainable materials. Hemp is a perfect replacement for petroleum, considering hemp hurds are roughly 80 percent cellulose in nature. Unlike petroleum, hemp can be organically grown and is non-toxic.

The Many Benefits of Hemp Plastic

Plastic pollution is growing at such an alarming rate because it just keeps piling up and up. In fact, most plastic items will take up to 1,000 years before they actually decompose.

Hemp plastic, on the other hand, only takes about 3 to 6 months to fully decompose — and it can be recycled indefinitely.

Petroleum-based plastics contain harmful toxins like BPA, which have been linked to infertility, heart disease, diabetes, obesity, and a whole slew of other negative health issues.

Hemp plastic does not contain any of these dangerous toxins at all. This makes it a much safer product for both our health and the health of our environment.

Hemp is a renewable resource that benefits the environment instead of degrading it. Hemp crops prevent soil erosion, reduce water pollution, absorb toxic metals, and can be cultivated over and over again.

Compared to petroleum-based plastics, hemp plastic is 3.5 times stronger and 5 times stiffer. As a result, hemp plastics are more durable and have a lower chance of breaking, which also makes them safer. Hemp plastic is also much lighter than regular types of plastic.

The Future of Hemp Plastics

Although in the past there have been many problems with supposedly biodegradable plastics, recent innovations are putting these issues to bed. Hemp plastics are quickly proving equally as diverse as regular plastics.

According to Canopy Corporation, the future of hemp plastic is bright. Automotive companies across Europe are moving away from petroleum-based plastics entirely for the dashboards, paneling and other design touches in new models. The sheer number of parts molded from hemp plastics demonstrates its usability as a material.

The benefits of hemp plastics far outweigh their petroleum-based counterparts. For example, it’s estimated that hemp fiberglass costs only 50 to 70 cents per pound, in comparison to upward of 5 dollars per pound for carbon-based fiberglass. On top of this, hemp products are continually shown to be more durable in accidents and are always much lighter than a metal equivalent.

Hemp plastics, alongside a host of other biodegradable plastic alternatives, are on the rise. It’s entirely possible that in the near future, all plastics will come from a sustainable, biodegradable resource.

Hemp plastics are rising in popularity, especially as the CBD craze skyrockets. Instead of throwing out the stalks and stems of hemp plants, they can be repurposed into plastic.

This is exactly what The Hemp Plastic Company is doing — the Colorado-based company has reported that they expect to produce 50 million tons of hemp plastic pellets in 2020. These pellets can be used in any regular plastics equipment such as 3D printers or injection molds, which makes the switch from polymer to hemp much easier on manufacturers.

While we’re still a long way off until conventional plastics are eliminated completely, hemp plastics are going to help reduce the negative impact of plastics on our health and our environment.

JESSICA MCKEILJessica McKeil is a freelance writer focused on the medical marijuana industry, from production methods to medicinal applications. She personally found relief through cannabis for the treatment of her panic and anxiety disorder. She is lucky…

← Cannabis and Cancer: An Interview with Dr. Patrick Gray – Pascal Biosciences
What the world can learn from regional responses to COVID-19 →